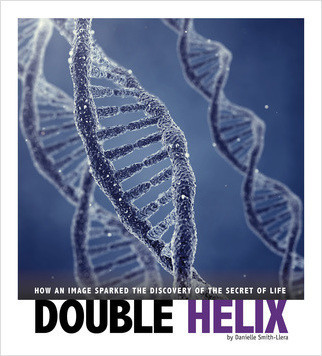 Double Helix: How an Image Sparked the Discovery of the Secret of Life

From the Series Captured Science History

To the untrained eye, Photo 51 was simply a grainy black and white image of dark marks scattered in a rough cross shape. But to the eye of a trained scientist, it was a clear portrait of a DNA fiber taken with X-rays. And to young scientists James Watson and Francis Crick, it confirmed their guess of deoxyribonucleic acid's structure. In 1953 the pair was racing toward solving the mystery of DNA's structure before other scientists could beat them to it. They and others believed that finding the simple structure of the DNA molecule would answer a great mystery--how do organisms live, grow, develop, and survive, generation after generation? Photo 51 and subsequent models based on the photo would prove to be the key to unlocking the secret of life.