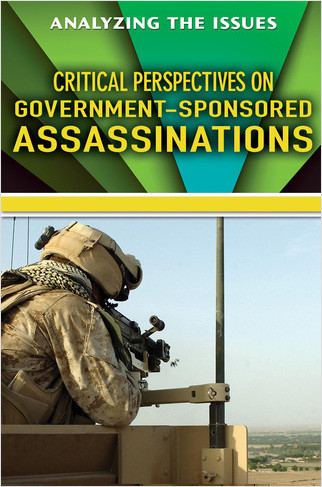 State-sponsored assassinations have been used by the United States since the early twentieth century and became a major tactic used by presidential administrations in the 1980s to fight drug wars in South America. Since the September 11, 2001, terrorist attacks, the United States has escalated its use of targeted killing. The CIA and Pentagon have employed the controversial practice more than ever before, and President Barack Obama's administration increased drone-targeted killing and special forces dramatically. This text looks at both the history and current use of government-sponsored assassinations, providing thoughtful analysis from multiple perspectives about the issues, politics, and ethics behind state-sponsored killing to help students think critically about the issue today.