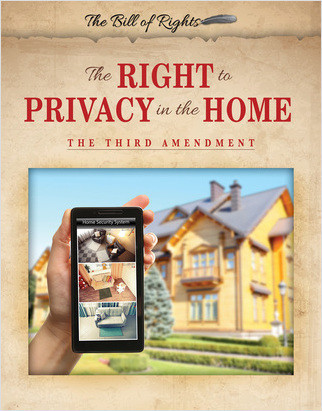 The Right to Privacy in the Home: The Third Amendment

From the Series The Bill of Rights

Under British rule, soldiers could show up at any American's doorstep, demand shelter, eat all the food, and require the homeowner to provide anything they asked for or else the colonist would be punished by the military. After the Revolutionary War, the Founding Fathers would ensure no American would have to endure such abuse of power by ratifying the Third Amendment, which guarantees that soldiers cannot be quartered with American citizens during times of peace without the homeowner's consent. Through full-color and black-and-white photos, engaging text, and primary sources, readers will learn the history behind this amendment and how it has affected modern society by giving rise to military bases all over the country.