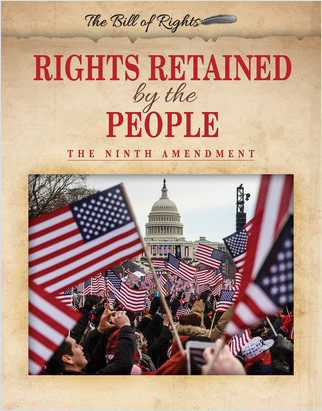 Rights Retained by the People: The Ninth Amendment

From the Series The Bill of Rights

The Ninth Amendment, which guarantees individuals rights not specifically named within the Constitution or the other amendments, was written using vague, open-ended language to ensure no American citizen would be denied the many rights he or she retained that were not explicitly enumerated. Yet this vagueness has caused confusion and uncertainty even in the Supreme Court. Through full-color and black-and-white photos, engaging text, and primary sources, readers will learn why it was proposed and ratified, how it has been interpreted in several landmark Supreme Court cases, and how it has impacted society through such issues as labor activities, fair housing laws, and privacy. Sidebars, a glossary, and further reading are also included.