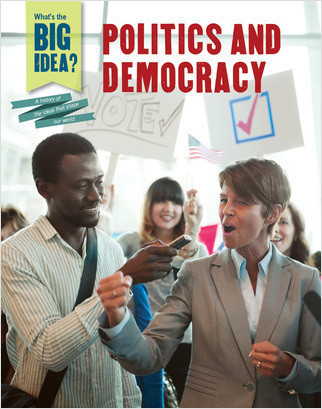 From the Series What's the Big Idea? A History of the Ideas That Shape Our World

This title exposes readers to historical information regarding the formation of modern politics and democracy. From the early days of democracy in Athens, politics and government systems have undergone several changes up to the present moment. After the fall of the Roman Empire, most of Europe operated with a monarchical political system. Readers will learn how modern politics and governments have been influenced by such systems as Communism and fascism. Photographs and fact boxes support the information presented in the text. This title will spark readers' interest in further pursuing the subject matter by providing them with a general overview of politics and democracy.