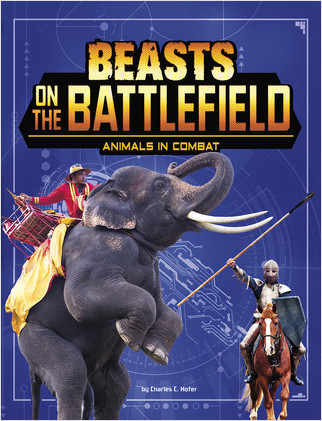 Beasts on the Battlefield: Animals in Combat

From the Series Beasts and the Battlefield

Animals have played an important role in warfare throughout history. Military forces have long relied on animals' natural abilities to achieve their missions. From medieval warriors charging into combat on horseback to dolphins locating explosive mines at sea, take a look at the many ways animals have helped armies find success on the battlefield. Then be sure to catch the other amazing titles in the Beasts and the Battlefield series.