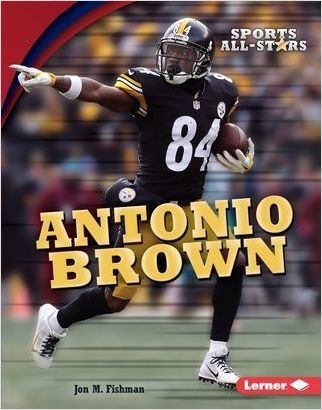 From the Series Sports All-Stars

Antonio Brown is known as one of the best wide receivers in the National Football League (NFL). In 2014, he led all NFL players with 1,698 receiving yards, and in eight seasons with the Pittsburgh Steelers, he has totaled almost 10,000 receiving yards. During his first season in 2010, Brown had to fight for his spot, but with hard work and determination he quickly proved his skills. By 2011 he made it to the Pro Bowl for the first time. Read about Brown's football career, his unique path to stardom, and how he keeps his mind and body healthy for every game.